I mentioned in a previous post that the G.I. Joe 365 project by Christopher Hemsworth was going to release the drawings in the form of cards (not exactly trading cards, since you buy the whole set of a year in one go).

Everyone will agree that the art is sublime and so I wasn’t going to pass on the opportunity to buy these. I’ve currently bought the first 2 years (1982 & 1983). Hint: Follow me on Instagram if you want to see snaps from the newest additions to my expanding collection. 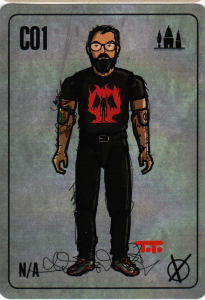 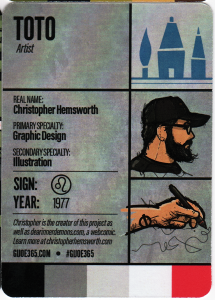 Included with the 1982 pack, is a card of the artist himself. Much like the original G.I. Joe filecards, you get the specialities and some background information on the character. Again, on the back, there is amazing art as well. 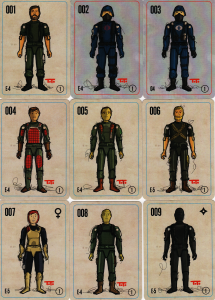 The 1982 cards show the 16 figures from that year. These include Breaker, Cobra Officer, Cobra Trooper, Flash, Grunt, Rock ‘n Roll, Scarlett, Short-Fuze, Snake Eyes, Stalker, Zap, Clutch, Grand Slam, Hawk, Steeler and Cobra Commander. So we get the original 13 members of the Joe team, 2 Cobra underlings and the Big Snake himself. 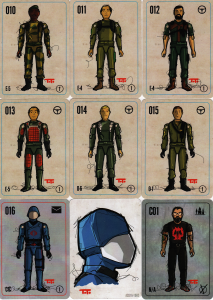 Note that this post is by no means sponsored by the G.I. Joe 365 project or it’s designer. All art is the property of its owner.

Note too, that there appears to be something in the Halifax water causing G.I. Joe fans to become creative. We already had Wordburglar’s fantastic Welcome to Cobra Island album (listen for yourself and get it here), and now the G.I.Joe 365 project by Christopher Hemsworth. I have to go and visit that magical place sometime…