Now, before you click away thinking this is some erectile spam message, just keep on reading. This post is dedicated to the first G.I.Joe 6″ Classified figures that made it to Belgium.

I originally has a pre-order for the Exclusive Snake-Eyes figure with zavvi, but they canceled the order. I’m not going to rant on that again, but it still stings. The other figures I had in pre-order, I canceled myself after that. I don’t want to be their client anymore after they canceled my Snake-Eyes. After some serious browsing the web, I found InDemandToys.co.uk,  who also accepted pre-orders and so I ordered Duke, Scarlett, Destro and Roadblock with them.

They got shipped early August and I finally got them delivered to my home last week. Check out the pics below. I’m still in the process of getting the new man-attic built, so I’m keeping them MOC (or MISB really), but recently I must admit that I’m thinking more and more about opening up my MISB vehicles and MOC figures. They are toys and shouldn’t they be played with? Well, with ‘played’ I would mean setting up some dio’s or something like that for display, rather than having them hanging on the wall. I’m still considering all the options, but having the new figures in hand, I’m really considering opening them. Anyway, for now, enjoy the pics below from the boxed.

First off, here’s #01, Roadblock. While, we’re at it. Why the fascination with Roadblock? Don’t get me wrong, it’s a great figure and character, but in my perception of the Joe world, he’s not that big a player to warrant 2 figures in the first wave of toys. Is it because of the movies and thus The Rock or am I missing something here?

Next up is #03, Destro. The first Cobra (is he though? The man is CEO of the biggest weapon manufacturer in the world. I would have loved to see some MARS reference tbh.)

At #04, we have Duke. I really like that they kept his look close to his original look. He does look somewhat young. The artwork is a bit strange, he looks quite menacing there and older, more resembling General Hawk if you ask me.

Finally #05 is Scarlett. As deadly as she is beautiful. A detail I’m puzzled about is the fact that the figure has earrings, where her art is not showing any. Talking about the art, she has this real Mona Lisa vibe going, a mysterious smile.

That’s all of them for now… I have some other figures on the way. Still looking for the Target exclusive ones, I may end up buying from … scalpers… on eBay I’m afraid. I have some more shots below of them all together and the beautiful artwork on the back of the boxes. I really must admit that I really like the art. This was something that has always been excellent on the (vintage) figures and vehicles, and it’s keeping the legacy alive with this great art. 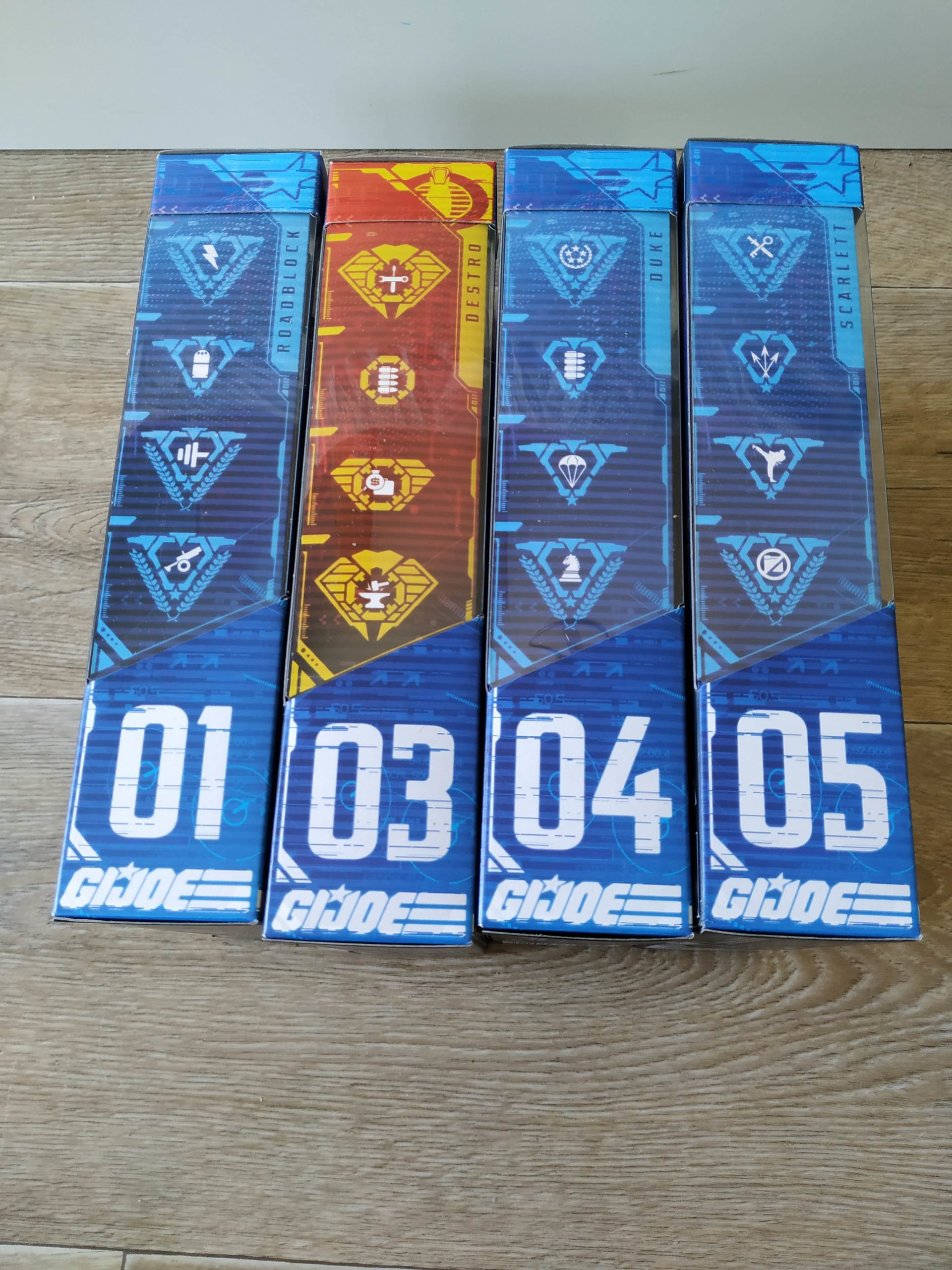 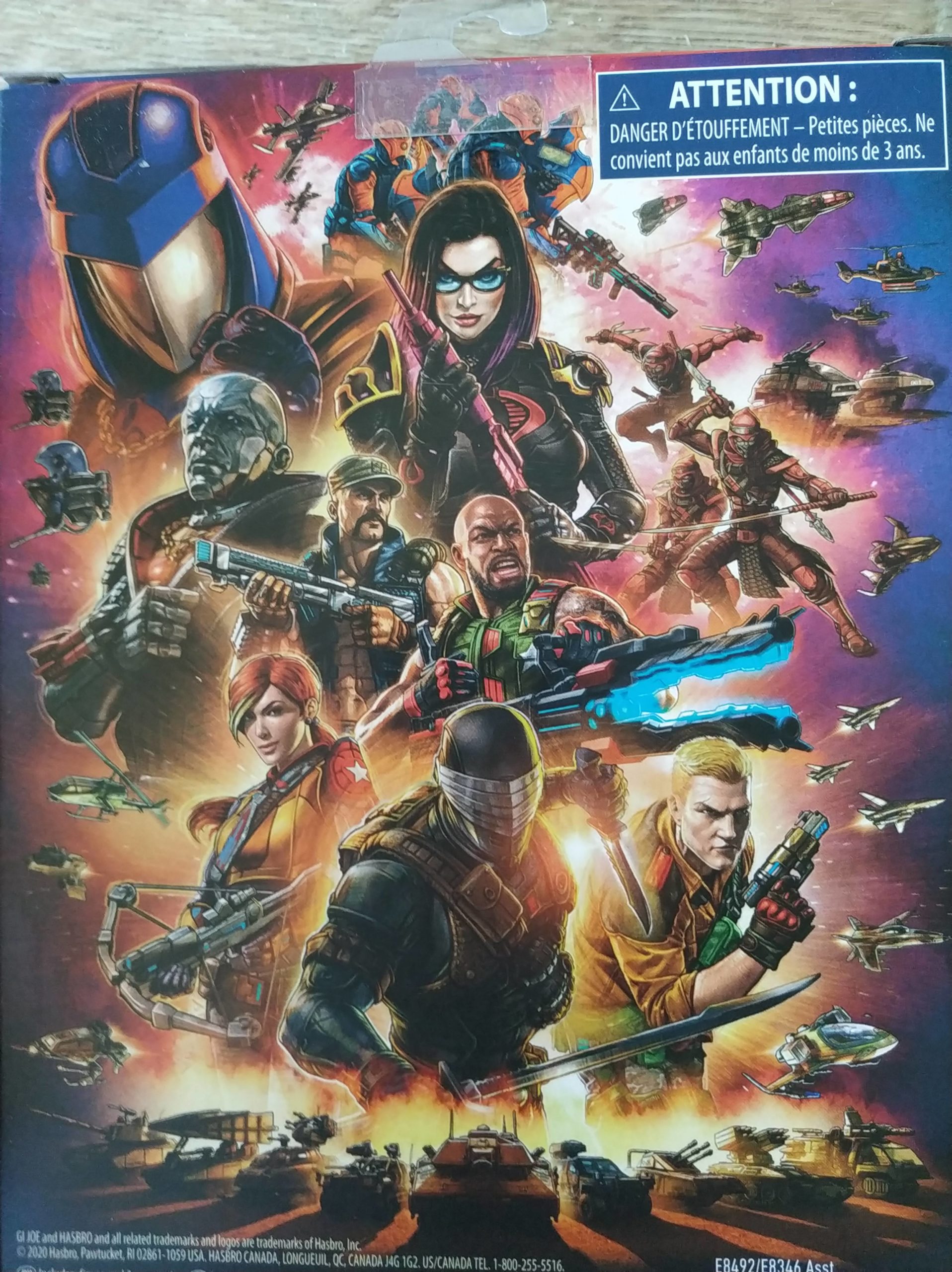 I can’t wait for that Alley Viper. Oh, and the FANG and the Conquest. Will they release more vehicles? I truly hope so. The Dragonfly would be cool too, and a HISS tank. Let’s face it, we won’t be saving any money in the coming weeks/months/years, but we should be glad there are so many toys coming out. I only hope that they don’t forget about the international fans. We could use an EU exclusive Tiger Force line or something like that.