It could have been a title for one of Action Force’s stories. But it was in fact last week for me 🙂

We spent the week in an AirBnB just outside of Hastings, in St.Leonards-on-sea. The house itself wasn’t very big, but it was very nicely decorated and furnished. We had everything we needed to spend some good quality time here.

I didn’t have much hope of finding some Joes, and I browsed a few secondhand shops, but found no toys whatsoever. I did find a Battle Action Force Annual from 1986 though in very good condition at a secondhand bookstore that had way too much inventory for the size of the shop. Books were stacked on top of the shelves, in front of the racks, in the middle of the floor… basically just about everywhere. Charming, but not very practical when you’re looking for something. I was almost giving up when I noticed this bright yellow book on one of the shelves hidden behind a stack of Doctor Who Annuals. Lucky me I guess. 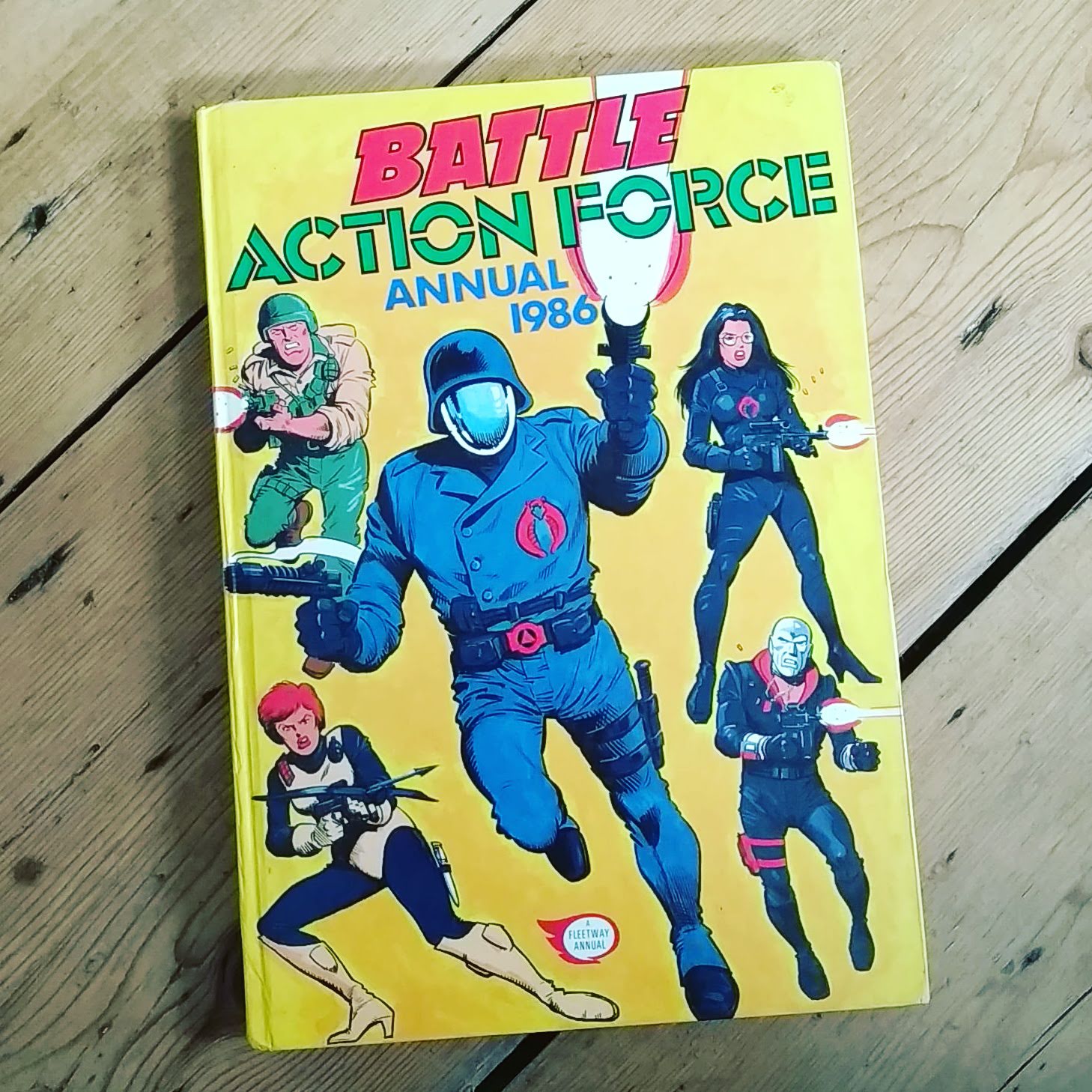 So the book collection is growing. Even more so since I decided to start collecting the IDW G.I. Joe Complete Collection in hardcover as well, they look great and should even get a spot on the living room bookshelf 🙂 I already got #1 through #5. Thanks to @JoeonJoepod for drawing my attention to these. I’ll try and get one each month from now on until I have all 9 released (#9 should be released by the end of this month). Check them out for yourselves, they are presenting the full run of ARAH and the Special Missions. In proper reading order and collected in hardcover volumes. I get mine from The Book Depository, they are cheaper (most of the time) than e.g. Amazon and offer free shipping (shipping usually is a bit on the slow side, best to order sooner rather than later). I recently found out that even Bol.com is selling them – sometimes with next day delivery – though they consistently keep saying it’s written by Mr. HaMMa… 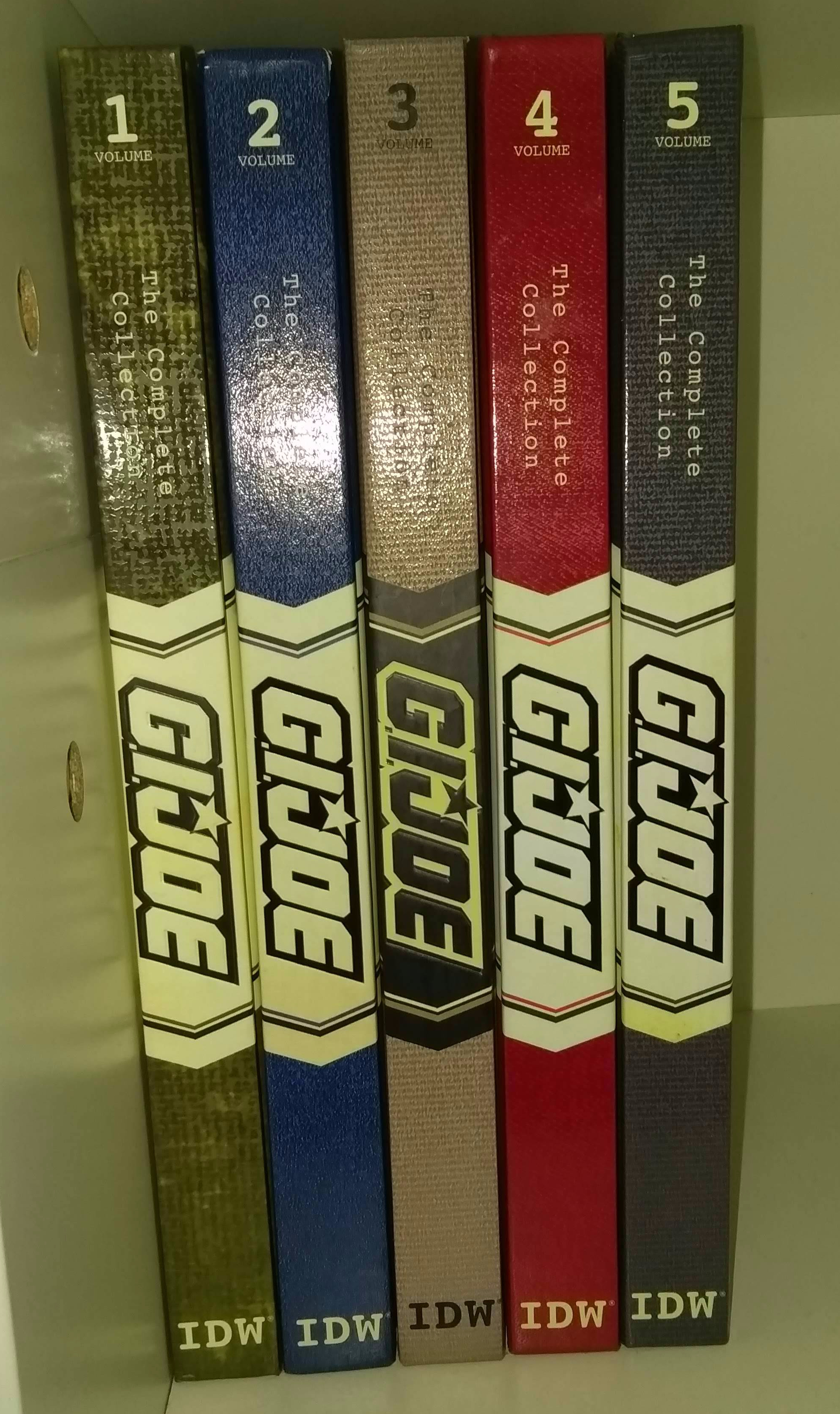 Anyway, back to the trip. In the local toy store, I scored 3 new The Corps figures. They have a new set out. They’re figures that come with dinosaurs straight from the year 25xx… Stranger things could happen, so I just decided to go with it. 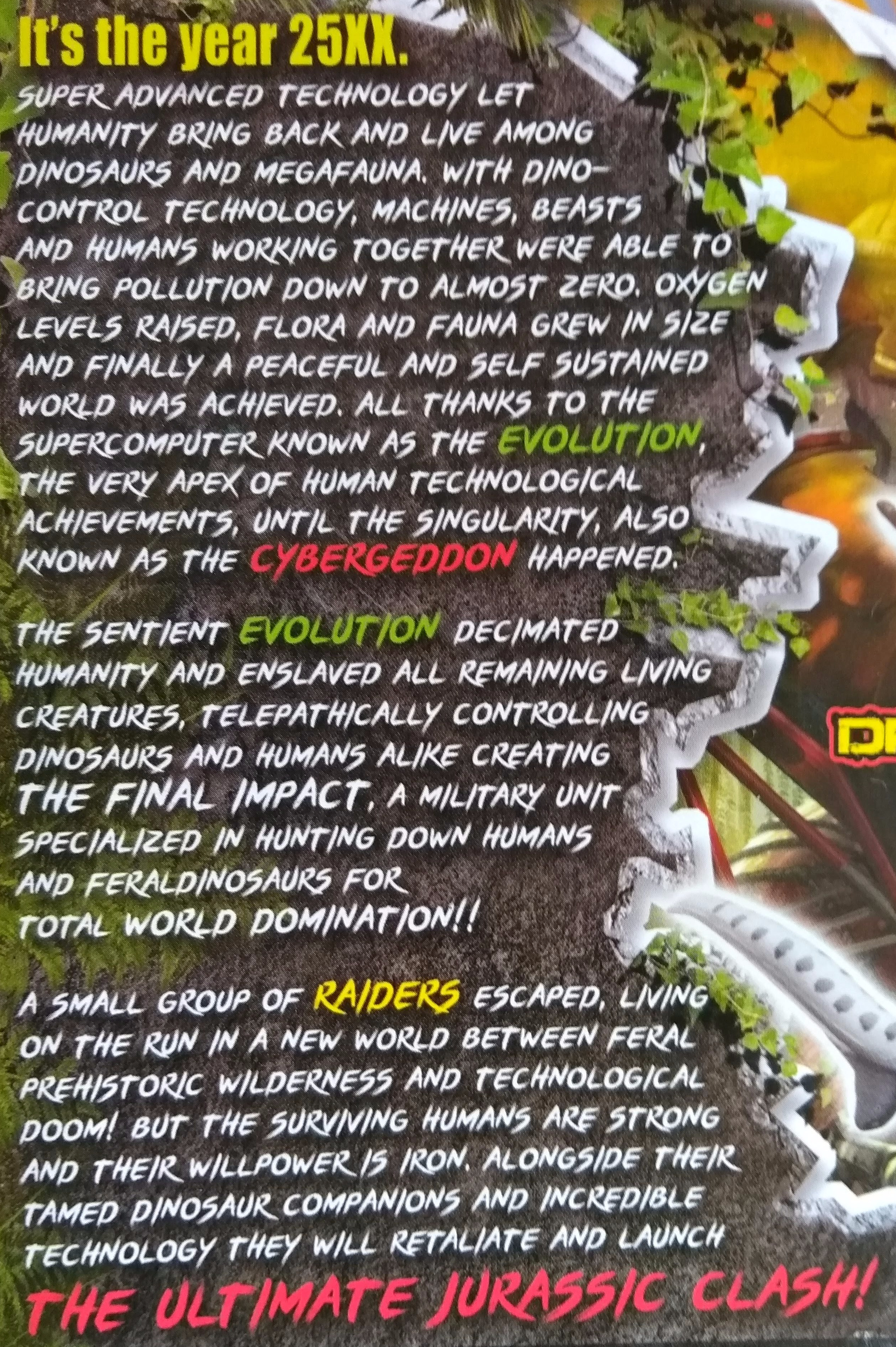 The story isn’t that strong, but I can’t explain how good it feels to see some action figures in stores. As for the figures themselves, they are repaints of previous The Corps figures. Not quite Joe quality, but nice looking. 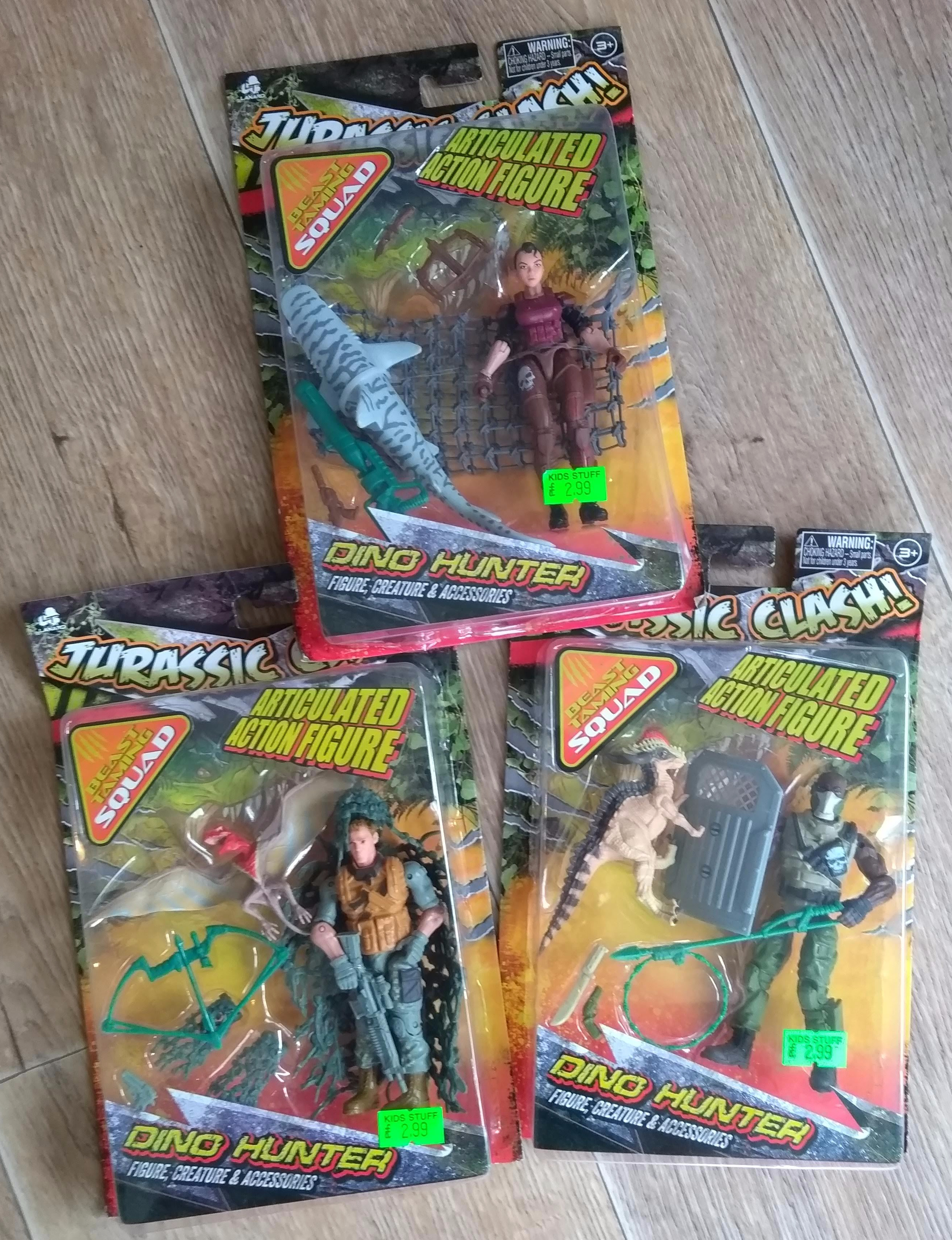 On the way back to Dover, we stopped in Ashford and went into the Smyths Toy Store there. I didn’t take any pictures inside, there were a lot of kids inside and frankly I was too busy looking left, right and center. I can honestly say I never saw a bigger toy store in real life. We had some stores here before and I have been to Hamley’s in London which is larger, but since it’s on multiple floors, it doesn’t look that big. Here everything was on one floor and had shelves of about 6m high, stocked from bottom to top with every possible toy. From Barbie to Hatchimals and Lego to Sylvanian families. We bought some toys for the girls and I got one of my all time favorites (even tough it was just released this year). The 3 3/4″ Jurassic Park Jeep Wrangler. 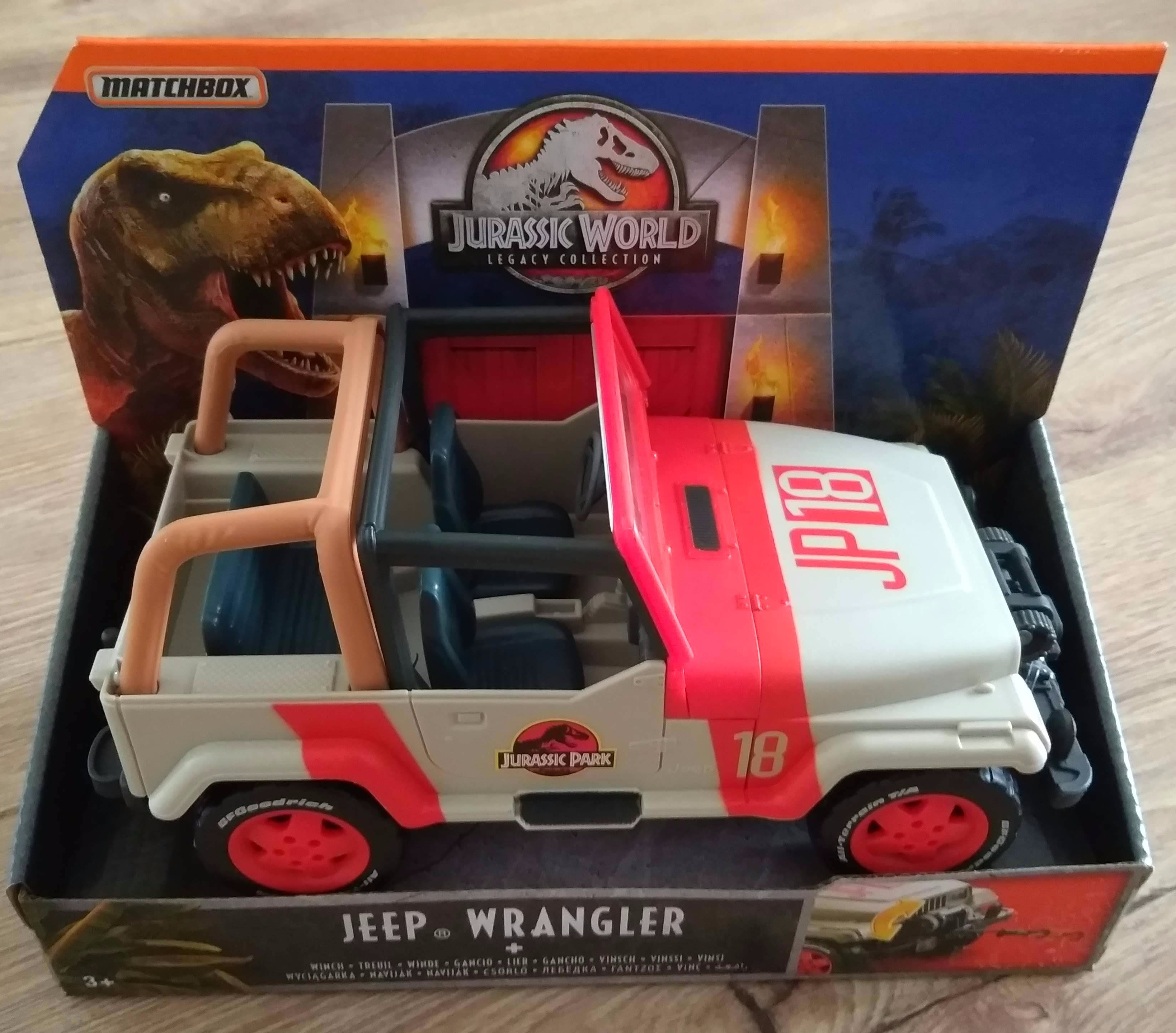 Did I mention before that JP is one of my favorite movies from when I was a kid. I must have seen that movie (and the sequels) about a hundred times if not more. The Jeep in the Classic JP livery looks absolutely gorgeous and it should fit Joe figures. Since my Joes are all still boxed up, I haven’t tried it yet, but when I get the new Nerd Attic set up, this will get a prominent place in my display.

In the store they had a lot of WWW figures. I didn’t think that was popular outside of the US, but good to see that it’s a success in the UK as well. Maybe this can lead to getting G.I. Joe back on the shelves. Further down the row, they had The Corps stuff as well. I was tempted to buy a lot more, but well, it was the last day of our holiday so the money was running out and I managed to keep my credit card in my wallet, after all, first and foremost I am a G.I. Joe collector and these cheap placebos can work as a temporary painkiller, but they aren’t the cure. I did get The Gryphon – Aerial Assault Craft. That thing looks like it could have been a Joe design and it really does look good and a not-to-distant future like vehicle the Joes could use. See for yourself.

It comes with light & sound machine guns, a cockpit that opens, adjustable wings that can rotate freely, spinning rotors and a non-descript action figure. When I get Wild Bill out of storage, he can take it for a spin. Or better yet, Windmill or Lift-Ticket. Or Dogfight, Ace or Slipstream. Or Zap (he’s a pilot, look it up).

Well that’s it. I have expanded my collection just a bit again. Can’t wait to start opening up those moving boxes and setting up my Joes again. I’ll keep you posted on any more updates, and the Impel Trading Cards will keep on coming. 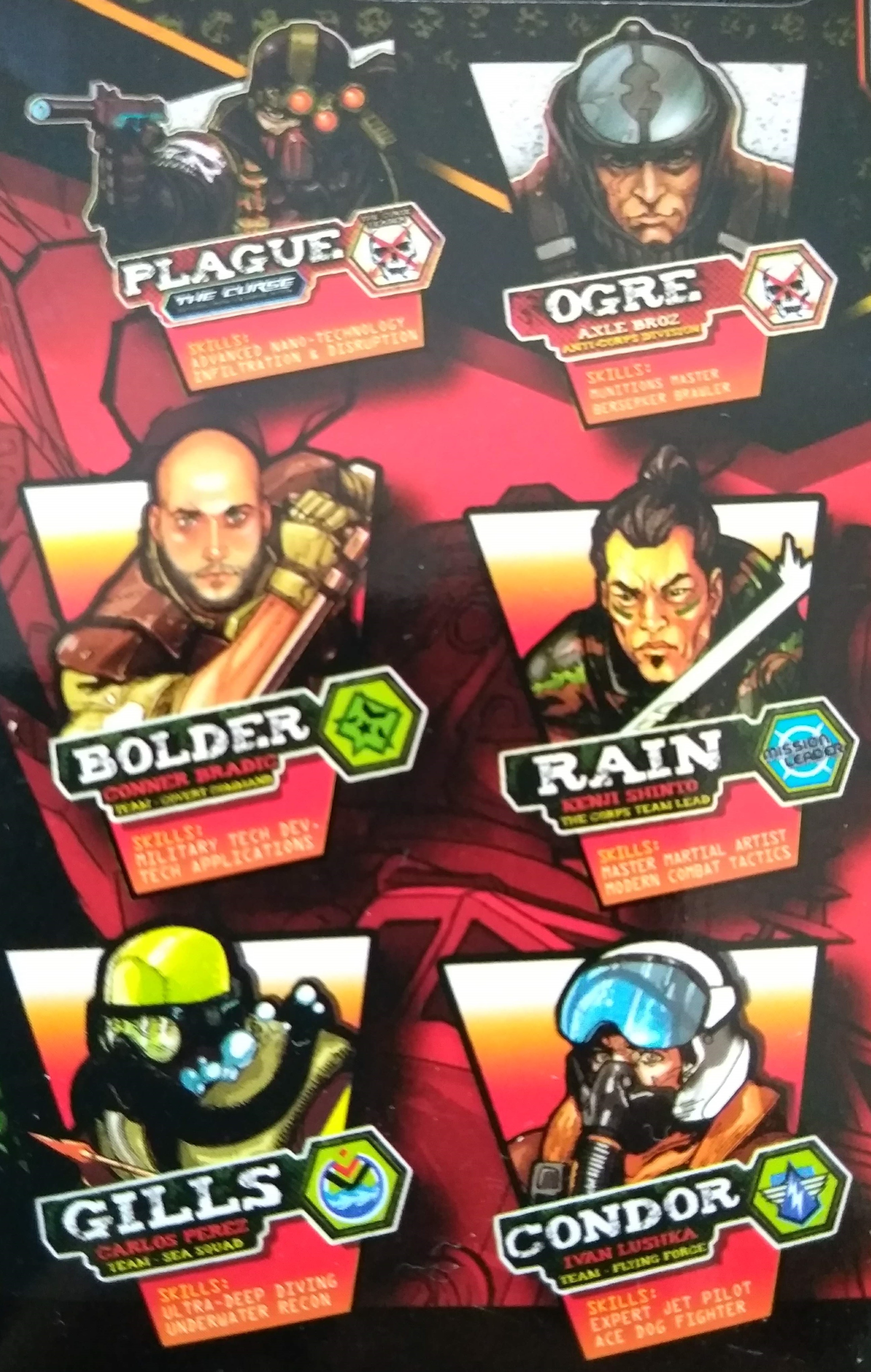 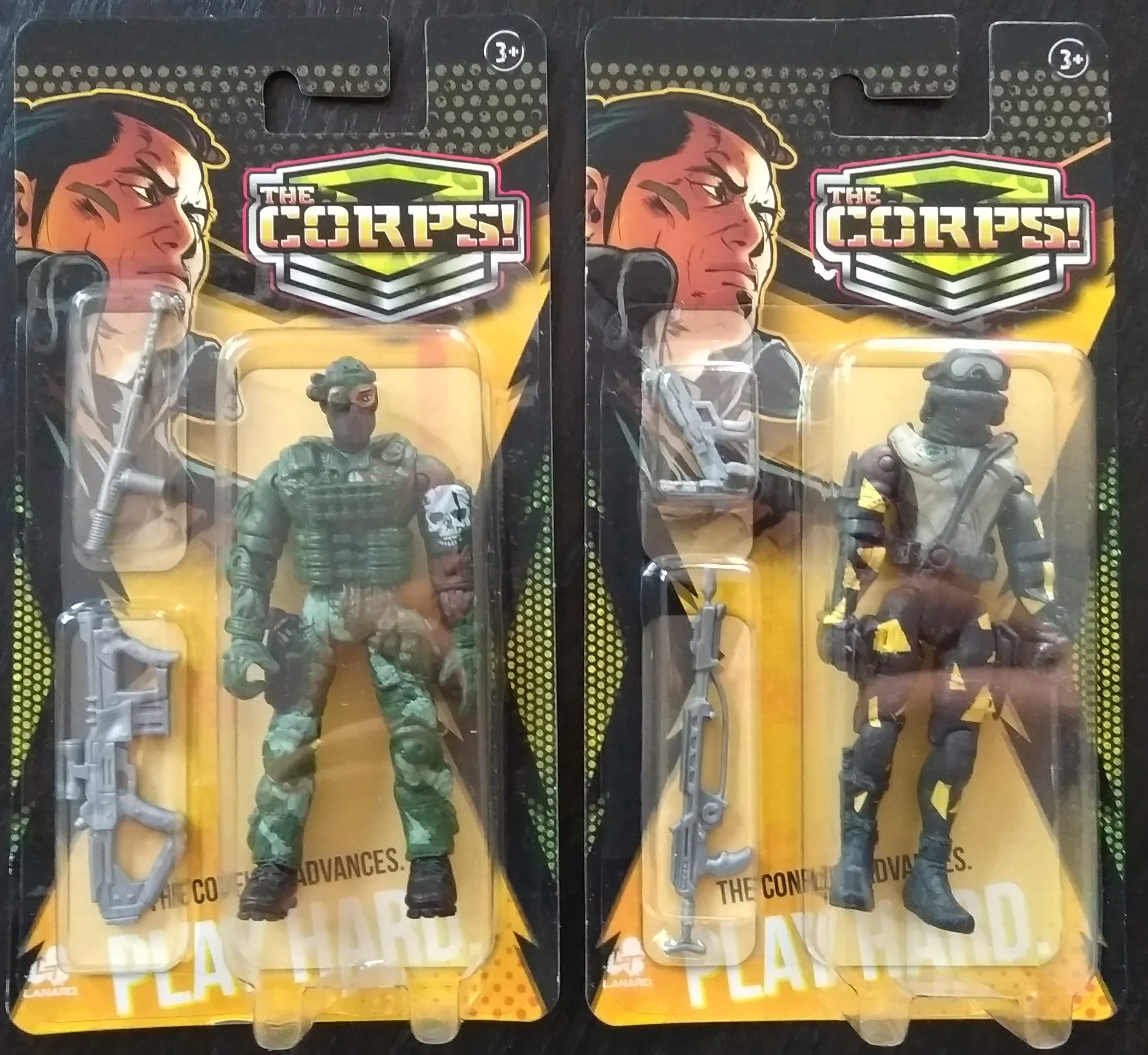 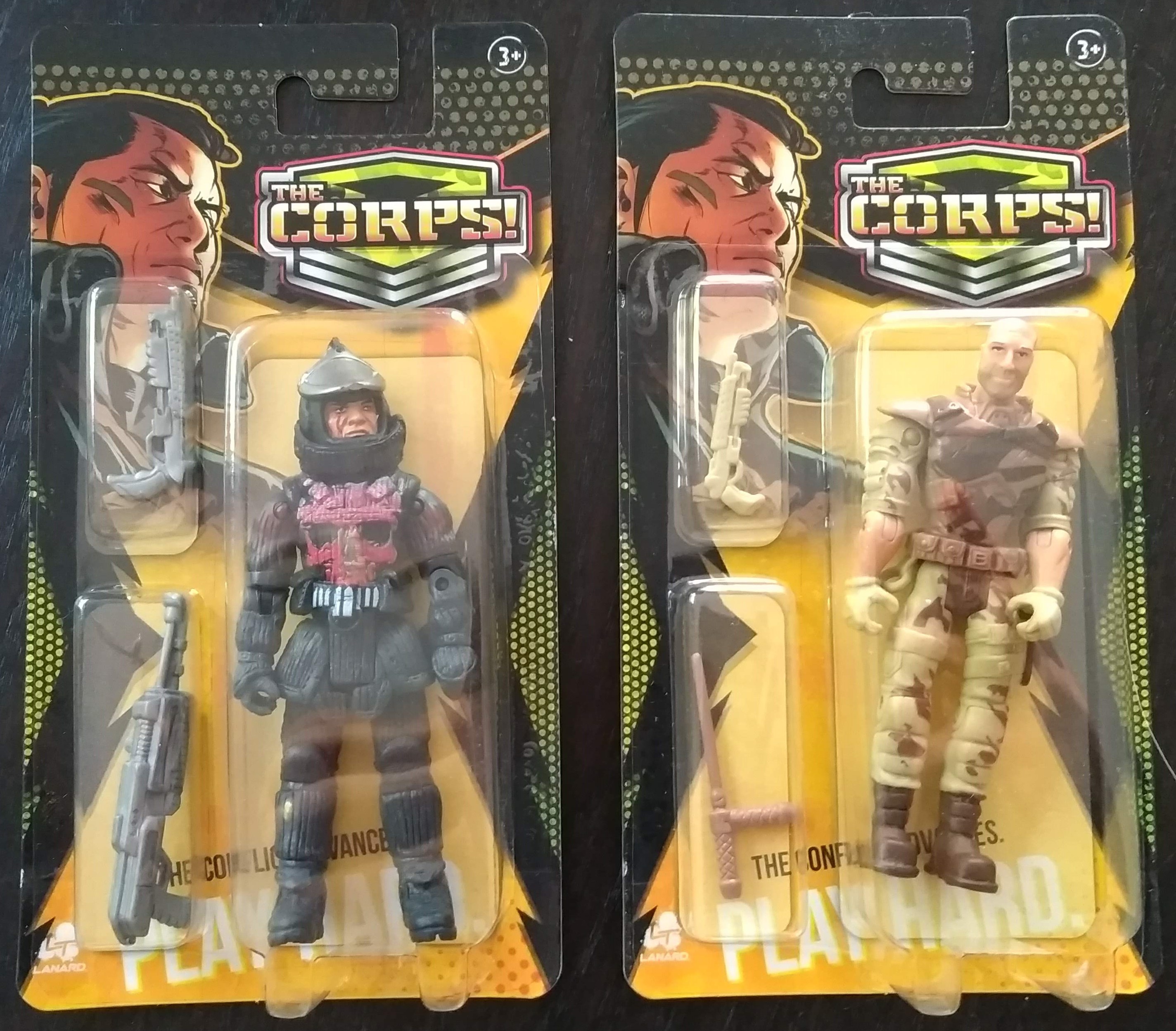 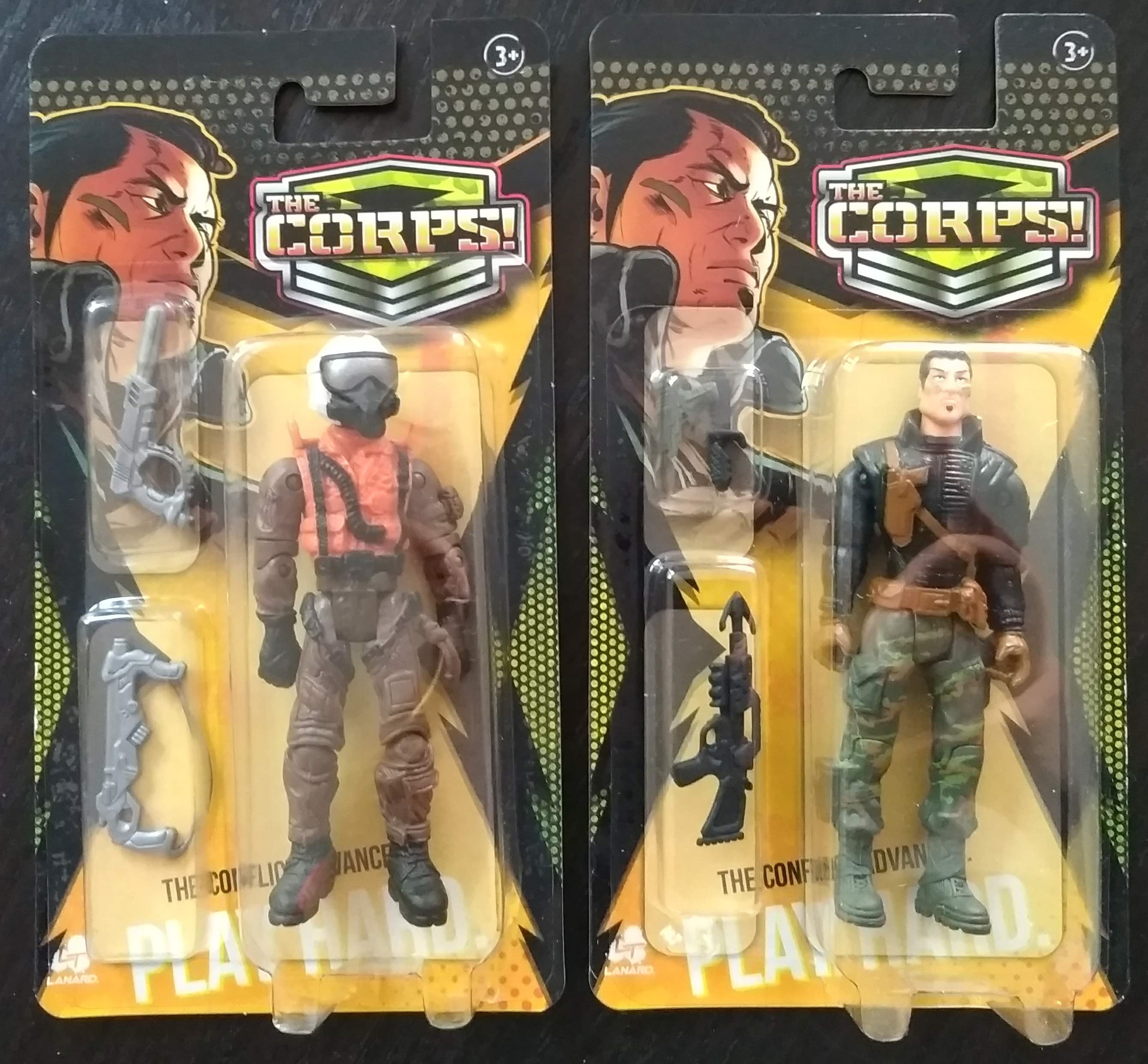 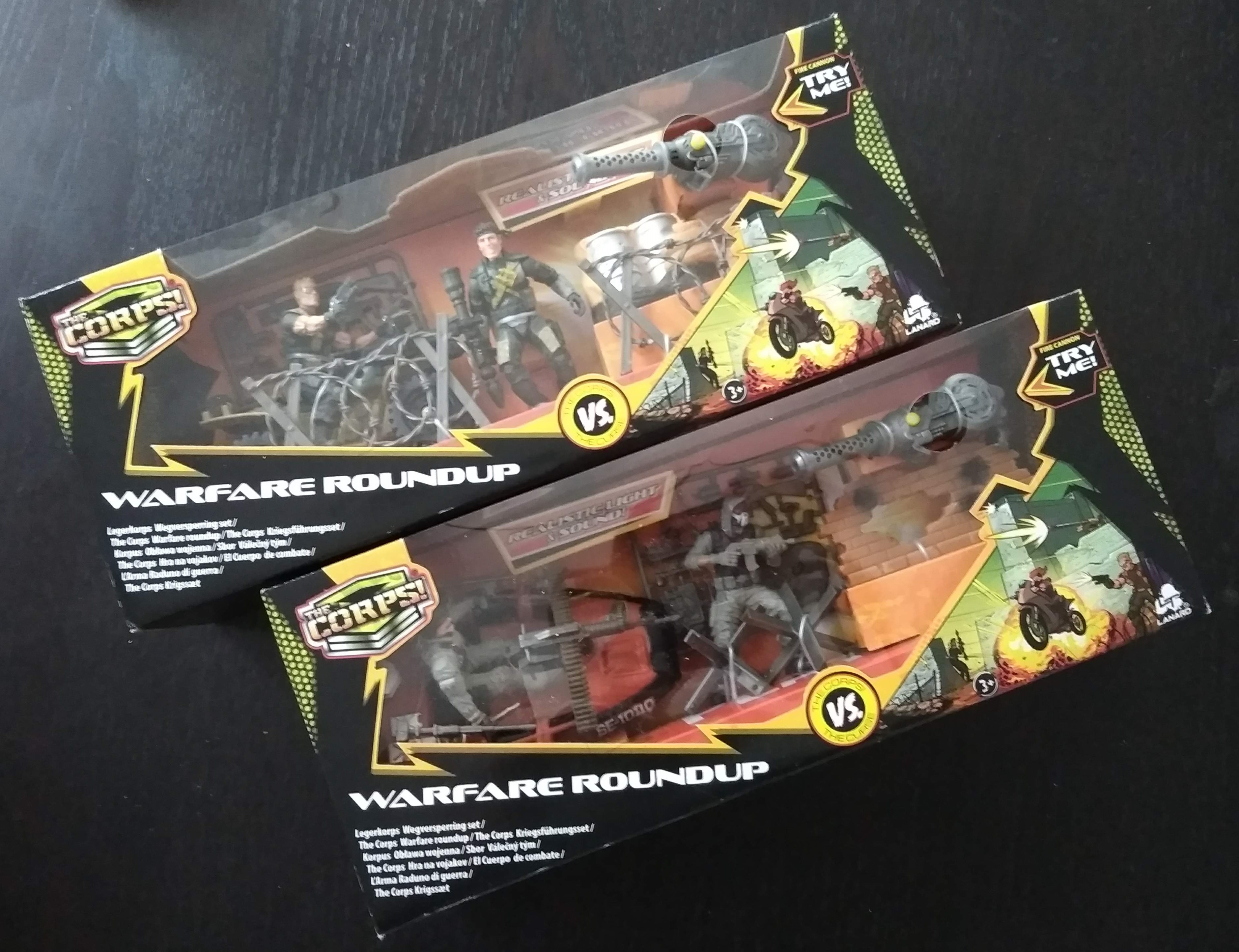 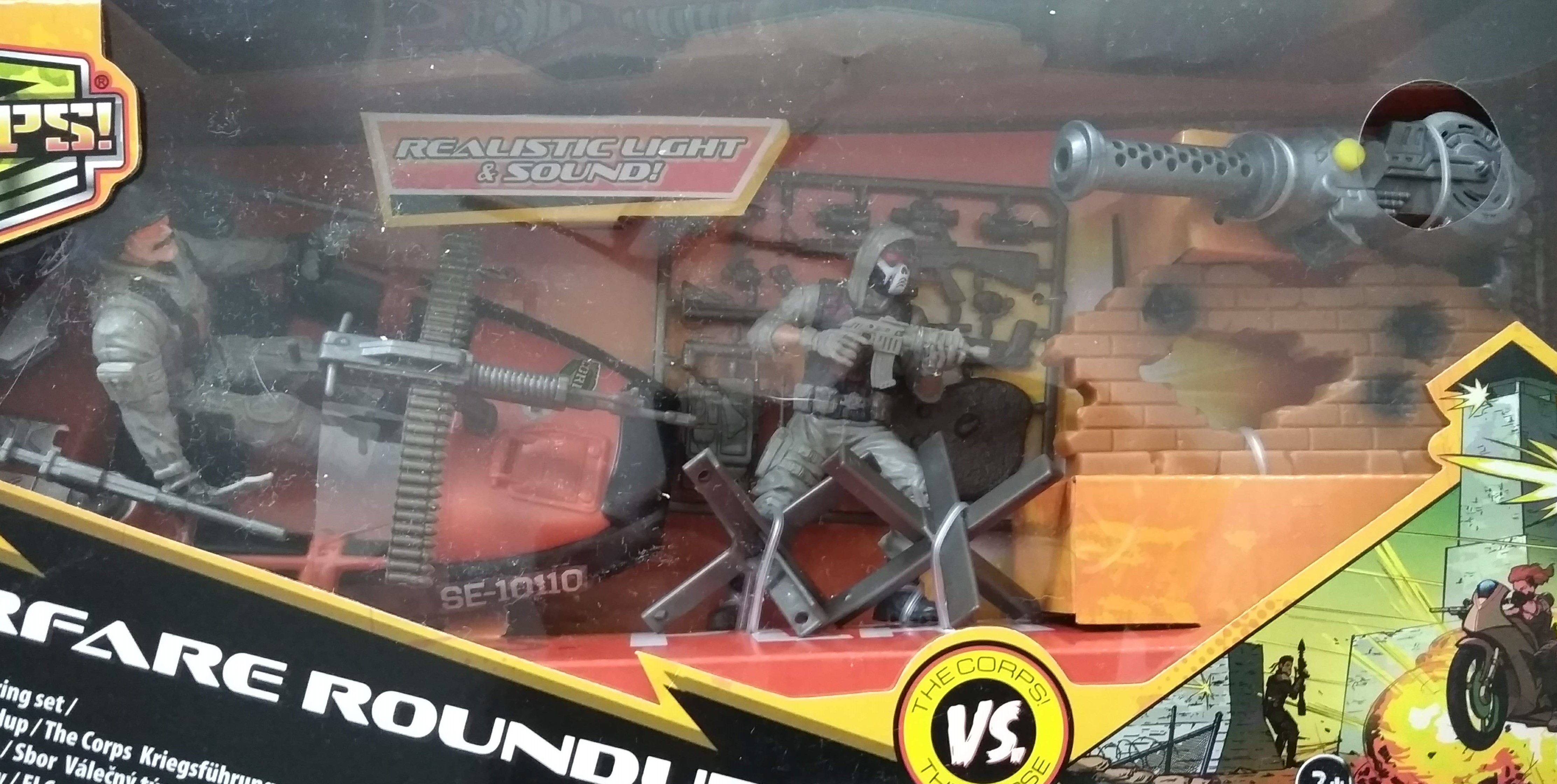 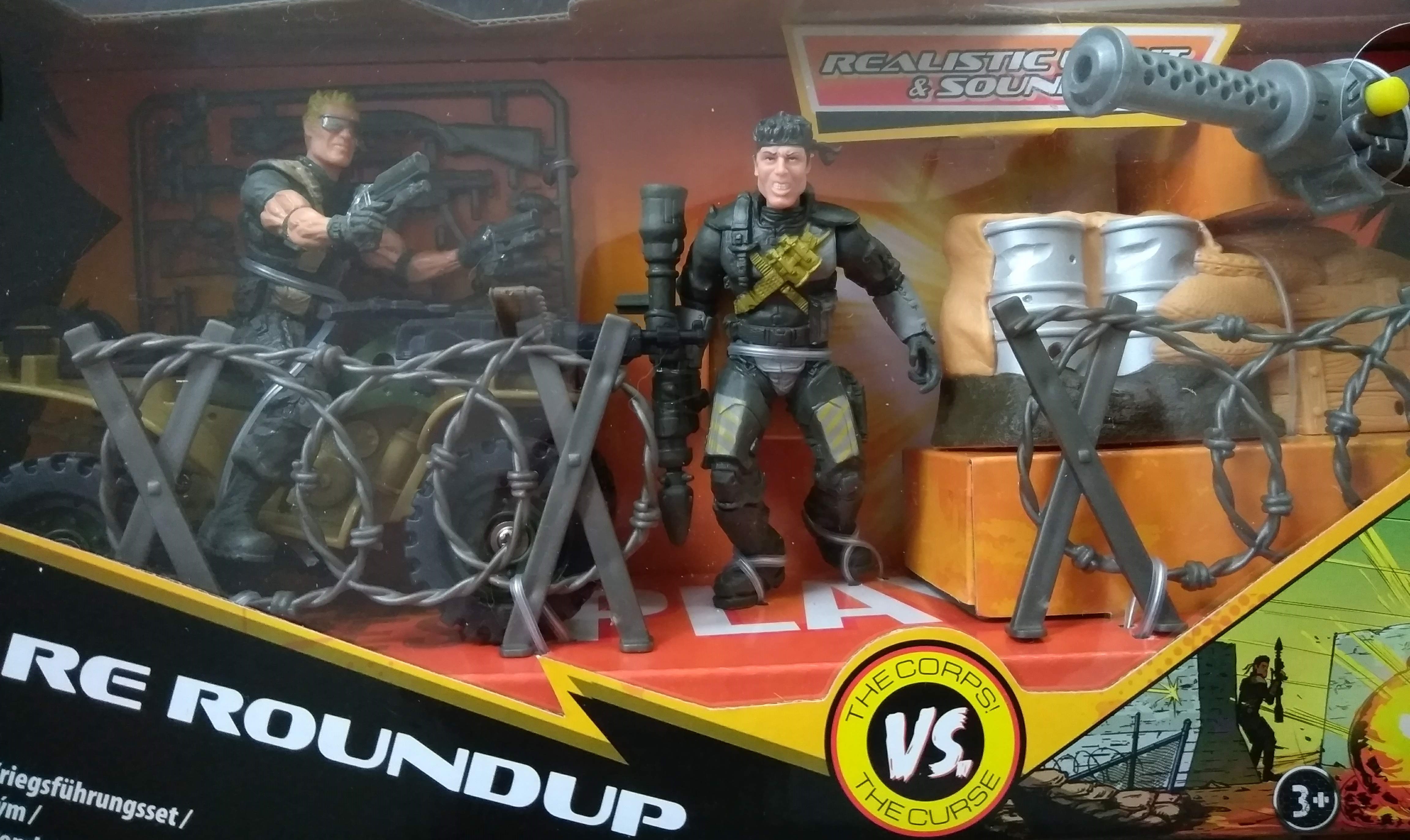