Some of you that have been following the blog may remember these from a while back, but I’ve actually bought a second set op Knockaround G.I.Joe sunglasses.

And here they are! Can you spot the difference between these and the ones from 2018? 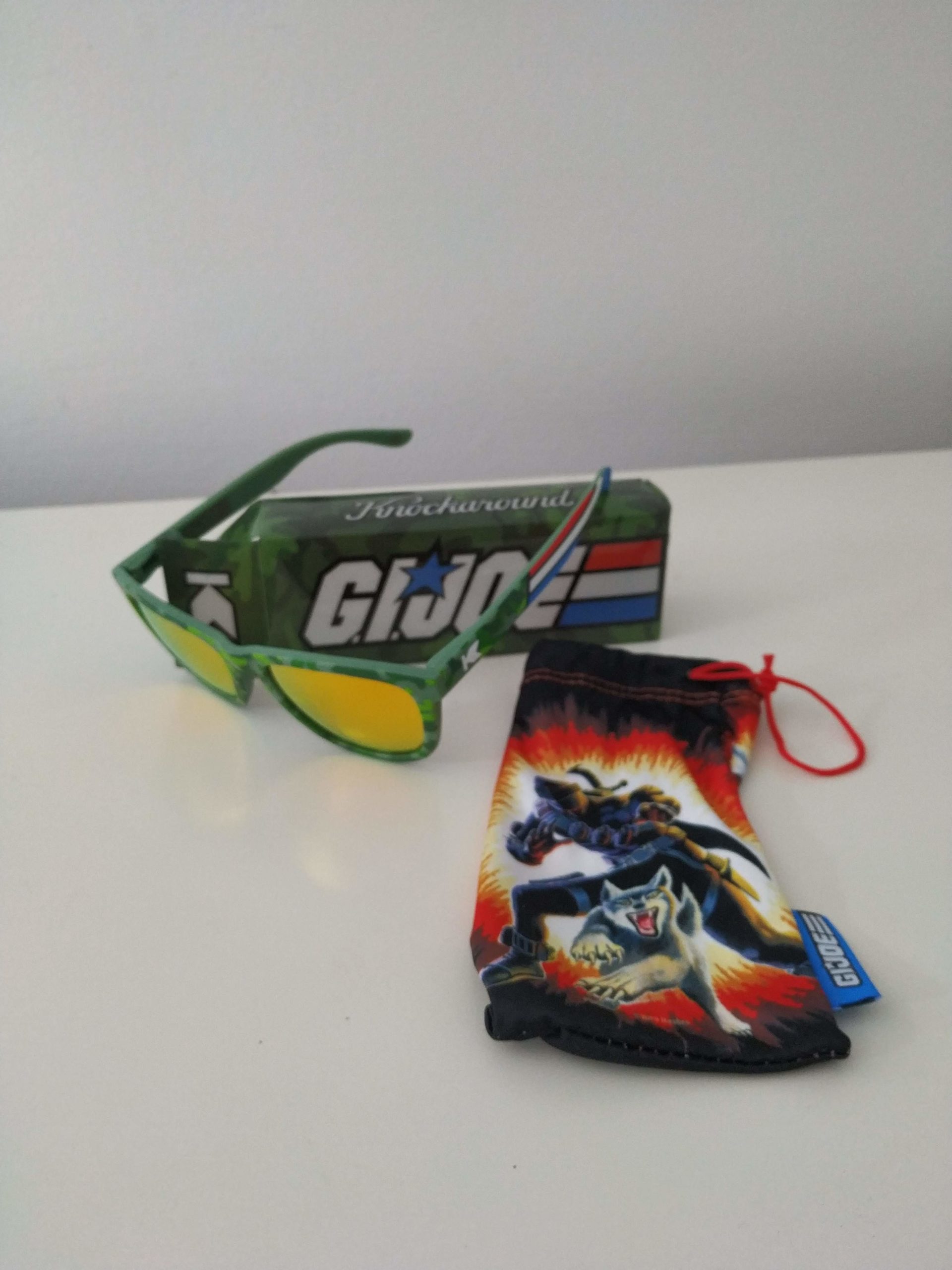 Now, the glasses themselves are the same, but the baggie they come with is new, this time around, featuring Snake-Eyes on the one side and Storm Shadow on the other. 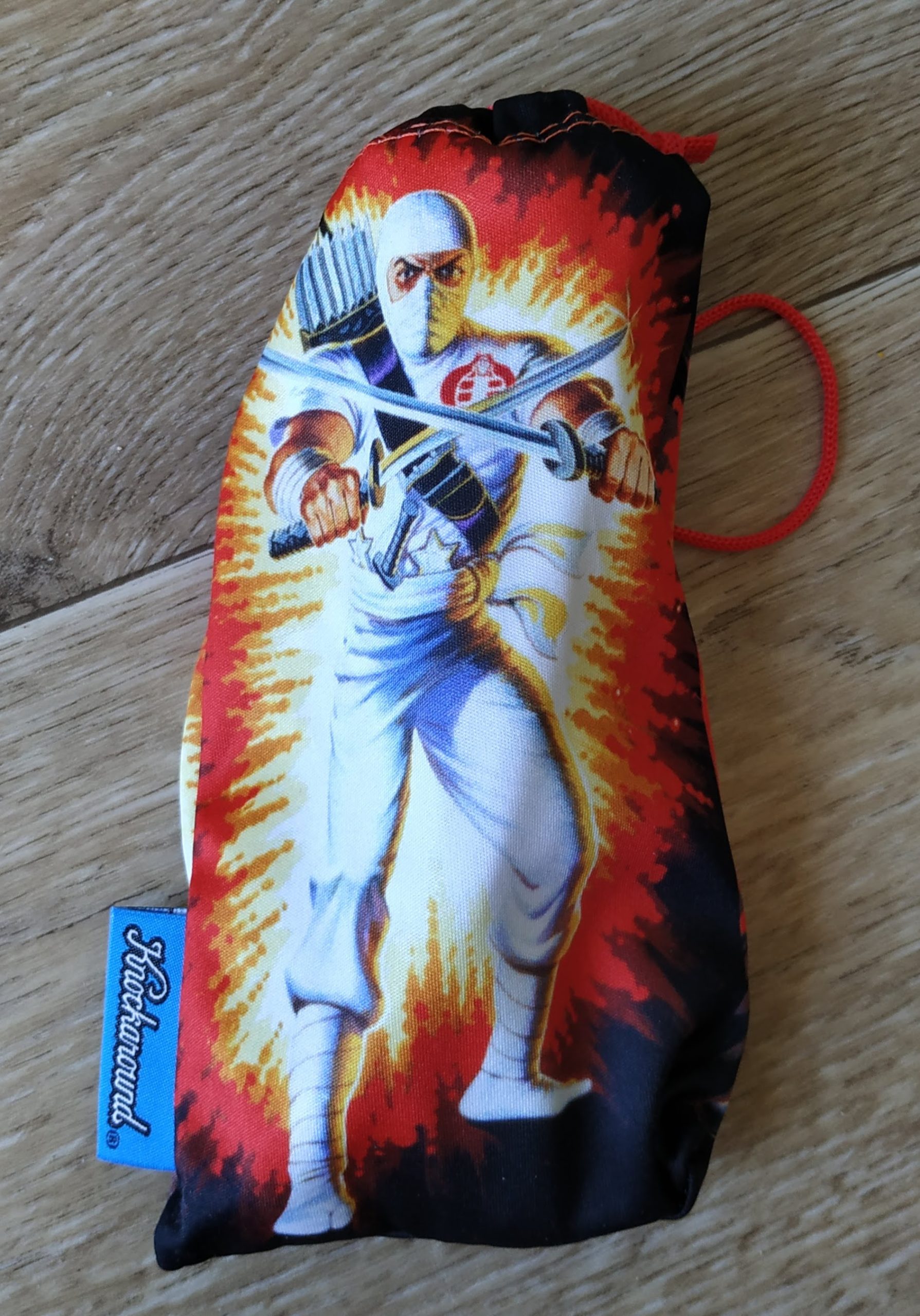 The bags feature the original card art of the figures, and I must say, it looks good. 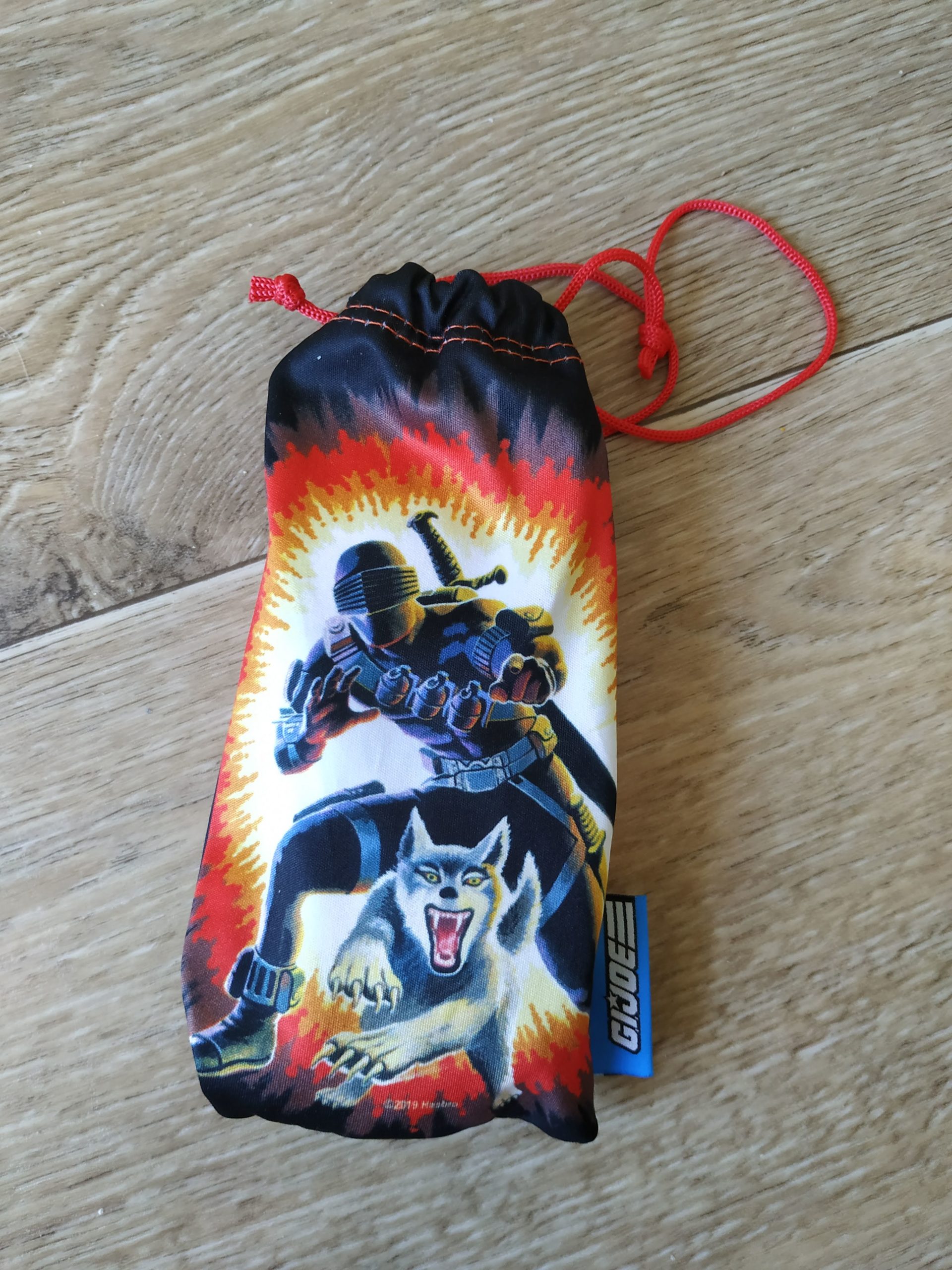 Now, it wouldn’t be a post about some exclusive Joe related item from the US without some issues with the postal services. This time though, I can’t really blame them. I bought the glasses with a discount code from Knockaround, so instead of paying $30 for them, I only had to pay $24. This is important, because our postal services don’t charge extra fees and duties on packages that have a total value (item + shipping costs) lower than €22 and it so happens that $24 was €21.16. So I thought I was good. I waited quite a while (with Covid and all, that was to be expected), and after about 2 months, I get a mailman ringing and asking for €35.80 ($40.60) to release the package. I was somewhat pissed and wanted to refuse the package, but then I would probably never have that bad-ass baggie, so I paid. I immediately launched in inquiry, both with the post office and Knockaround. As it turned out, Knockaround had put the original value of $30 on the custom papers, so the post office went with that. You could argue that they’re not to blame then. Well sort of, because they claim that part of the fee they ask to get the package through customs is that they open the packages and inspect the products. My package wasn’t opened and inside there was the invoice clearly stating the correct amount of $24. Long story short, Knockaround apologized for the mistake and gave me a refund on the glasses (massive Kudos to the Customer Service team!) and the postal services are asking for €85 administrative fees to correct the customs amount (so not their fees!). This would mean I’d have to pay another €85 to get €13.80 back from the customs amount. Talk about Kafka to the extreme.

It looks like the next few days will be sunny, so I’ll be taking out my sunglasses and enjoying some of the vitamin D.

See you next time!