This post should have been online yesterday as I plan to post at least once a week, but unfortunately my children fell ill and they needed my attention. Luckily both are now back to health and so I have found the time to finish this post and put it online.

This week, we leave the ECO-Warriors behind us and continue with one of the most iconic G.I.Joe vehicles of all time. 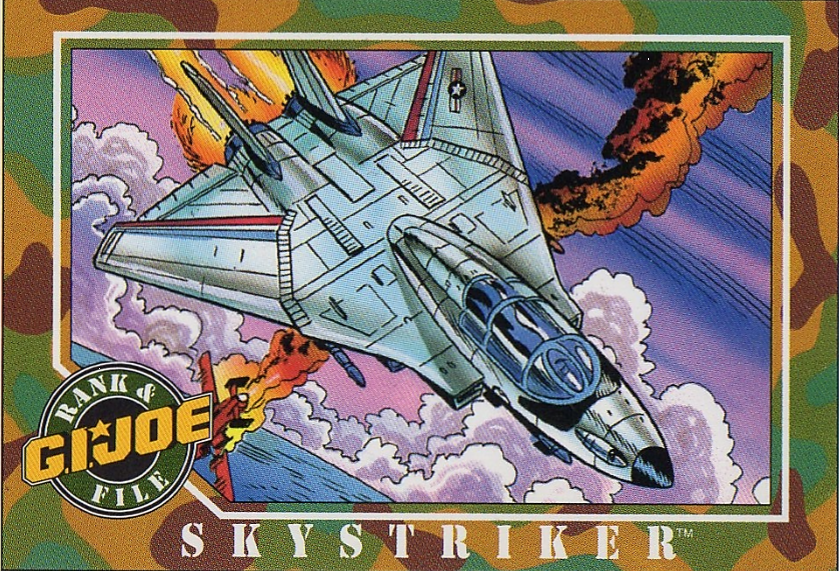 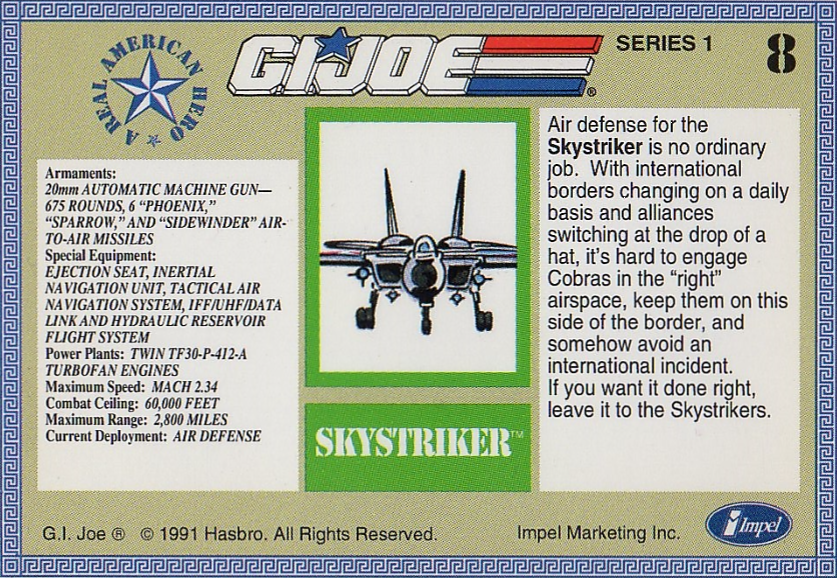 The Skystriker was first released in 1983, with it’s pilot Ace. While many other vehicles are rather future-tech oriented, Hasbro built the Skystriker as an F-14 clone, looking exactly like the famous jet fighter. That’s probably why the Skystriker is a huge fan favorite and also one of my favorite vehicles. I currently have 2 jets in my collection, one in mint and complete condition and one that has seen it’s share of action over the years. I actually have a third plane, but that is called the “Sky Striker” MISB, the 30th anniversary version released in 2011.

The card art for the Skystriker depict it in a battle with a Cobra Rattler, which the Skystriker won, duh. A lot of the decals that are on the toy are not shown or visible on the art. The most striking decal on the plane is the red globe with the eagle that is located on the tail sections. In Belgium, the official G.I.Joe fan club organised a mail-away offer. For 9 Flagpoints and the equivalent of €1 in stamps, you could receive a sew on patch with the Skystriker logo on it. 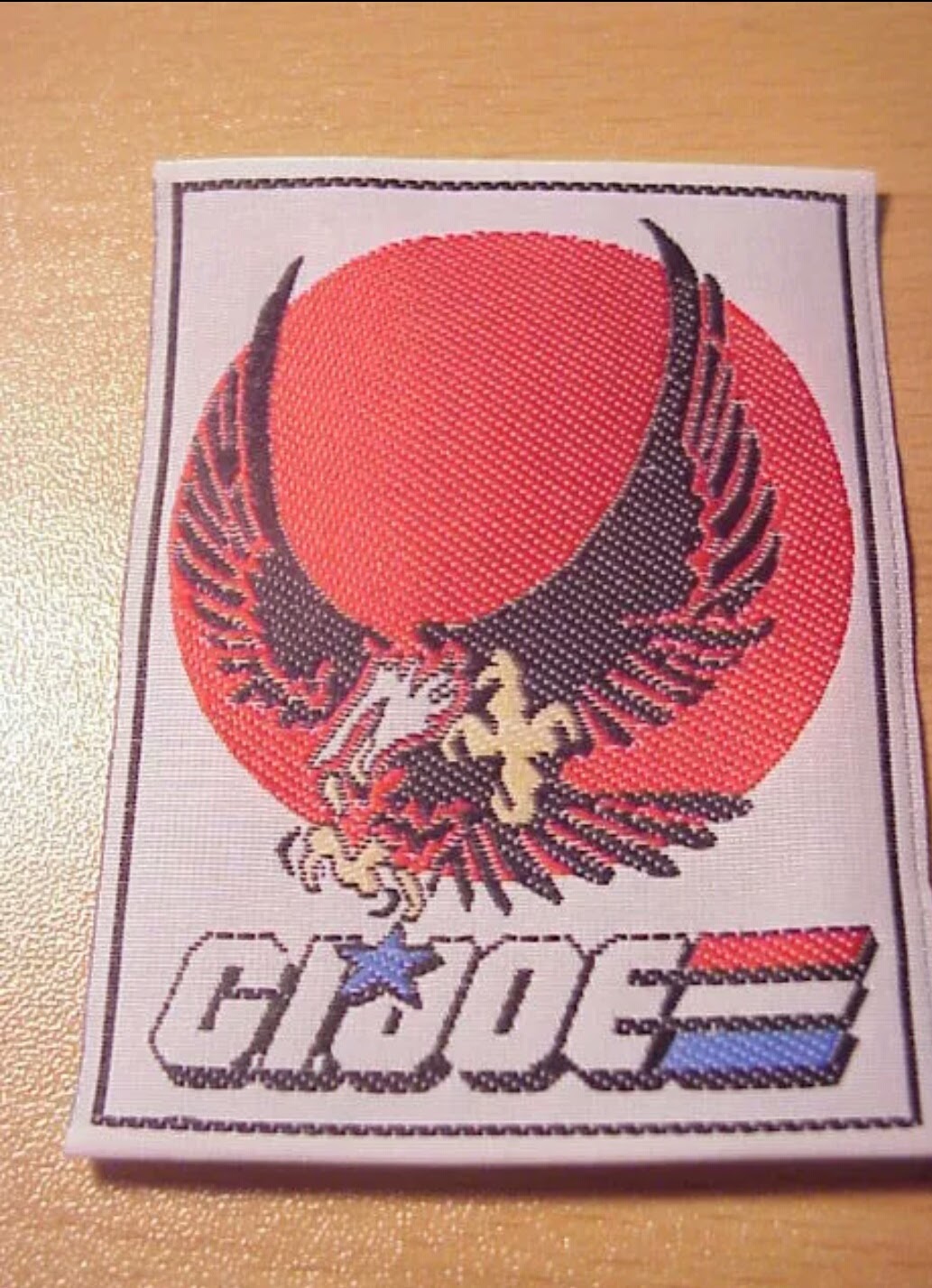 I have several of these patches in my collection, let me know if you’re interested in one (or more), we can make a deal 🙂

One thought on “Impel Trading Card #8 – The Skystriker XP-14F”